A busride, a metroride, a planeride, an trainride, a subwayride and walking 10981 steps, and I was at my destination, London House Hotel in Kensington.
The hotel seems nice (I have included a couple of the obligatory images of the hotel room below, it’s tiny but fulfills my needs), it’s in walking distance to much of what I want to do and see. 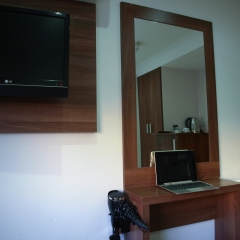 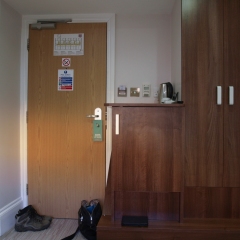 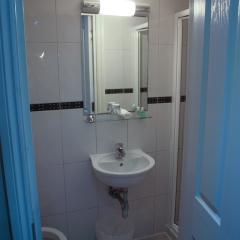 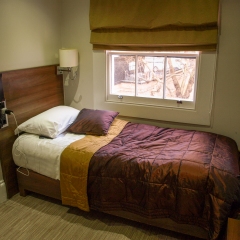 On the plane ride over here I got to thinking that as a l lifelong admirer of Freddie Mercury it would be appropriate to go see his house, and after a quick check on google maps it turns out it is only a few blocks away from my hotel. I don’t expect there to be much to see, but the man has been a huge part of my life so it only seems fitting that I go take a trip down memory land and pay tribute to the man.

What I hadn’t taken into account though was what time it was, and this is London, and just like Copenhagen it is also winter here, so as I go outside the hotel it turns out that everything is dark, so it might not be the best time to go visit my lifelong hero, but I decide to to anyway.

The trip to Freddies house leads my through Hyde Park and down the bustling Kensington Road. BTW I think I may have already figured out how you spot a tourist in this area, it’s the people who actually wait for red lights and then panicked keep looking in both directions as they cross the street as the cars are in the opposite side of what they are used to, at least that’s what I did.

At the time of my arrival at Logan Place No. 1 it had become rather dark so it took me a while to recognize the house from the pictures i remembered from my old Queen fanclub magazines (yes I was that kid). In the old pictures I remember of the house it was always covered in grafitti and greetings to Freddie written on the walls of the garden. But apparently, and understandably so, the current residents have had the facade scrubbed down. Instead they have had some plexiglass plates mounted that you can put letters and drawings and stuff for Freddie in behind. There is a small sample of pictures of these below. Sadly I once again have to aplogize for the image quality, but it was rather dark and a flash and plexiglass will just never become the best of friends.

The house was otherwise nothing out of the ordinary, but for an old Queen fan like me it was still a lovely experience just standing there, and I have to admint to becoming quite sentimental while standing there. Most other rock stars that were taken from us before their time have some place where fans can come and mourn them, like their graves or monuments, but Freddie Mercury doesn’t really, as the location of his grave is not publicly know. So this house where he lived most of his life really is the only place where the fans can go and leave their messages for him. For many years the scribblings on the walls were a nuisance to the residents in the area, which is quite understandable, but on the other hand it is also quite understandable that people want a place to pay their respects, so I really do think this i a rather nice solution. 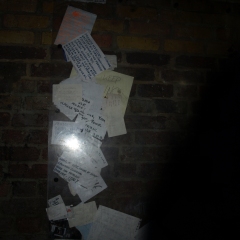 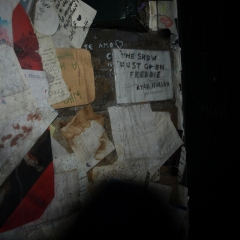 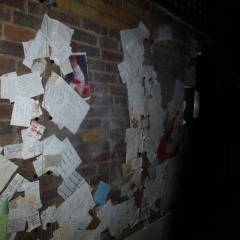 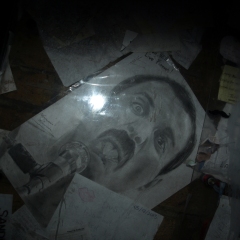 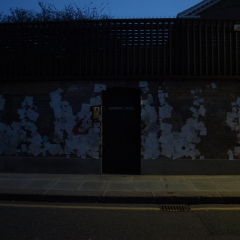 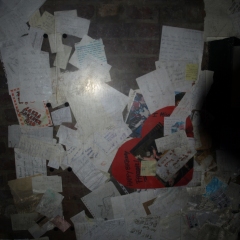 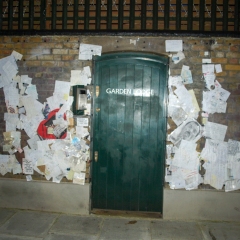 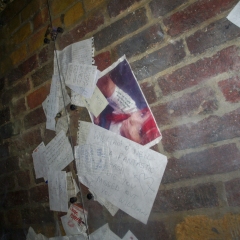 After my visit at Freddies place It was time to go back to the hotel as there was no time to see more today. So I wandered back to the hotel, on the way there I tried the local cousine, something called a Big Mac menu, it was very exotic :p I also got to look at a lot of shops and as a modern version of pathfinder I did of course also manage to get lost. But after a detour where I apparently did sightseeing among some of the most opulent villas in London I managed to get back to the hotel. And here I am now, satisfied and happy with my first ever day of travelling alone, looking forward to the experiences to come on the rest of this trip. I’m not yet sure if the day tomorrow will be w whole day in the name of science or if I will find other stuff to do too, what I do know is that I’m pretty sure I will have even more pictures to show you.

PS: I saw former danish Prime Minister Poul Nyrup at the airport.
PPS: For those that are curious, the pedometer ended the day at 22092 steps.