I haven’t done much today. I had nothing planned for today, so I decided to take a walk in the city, I set my destination for Kings Cross Station, it’s about 1½ hours walk, so it seemed doable and a good way to experience a bit of London. After checking a map I noticed that Baker Street and The Sherlock Holmes museum was on the way, so while I had read that it was not really worth a visit I decided to go see it anyway as it was on the way. The naysayers were right, it was about as dissapointing as seeing The Little Mermaid statue. The Museum is basically an old apartment decorated with old knicknacks and a pipe and a deerstalker hat on a table. I’m not sure you can really blame the museum for this, as it was never really his apartment that was the focus of his adeventures. 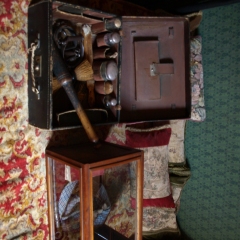 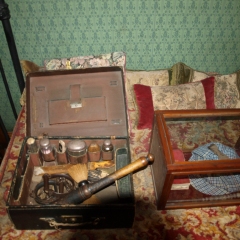 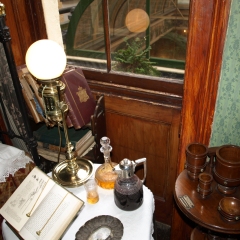 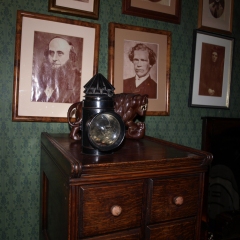 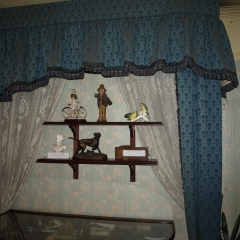 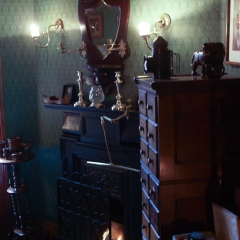 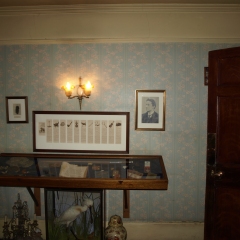 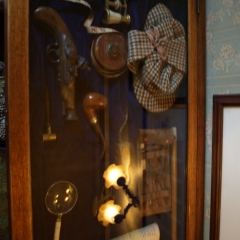 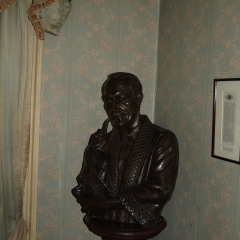 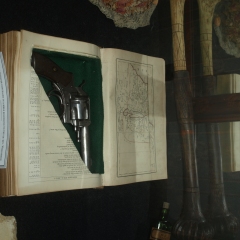 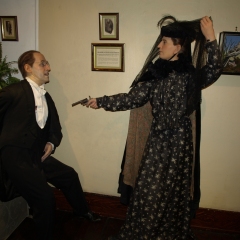 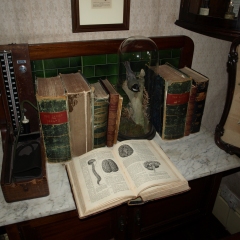 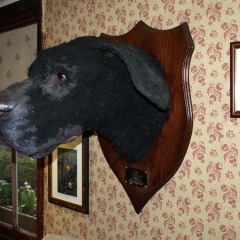 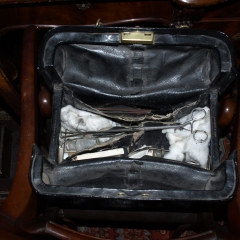 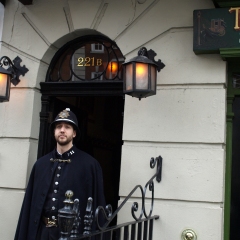 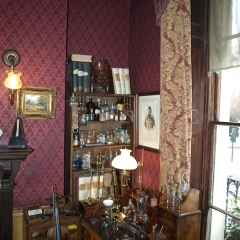 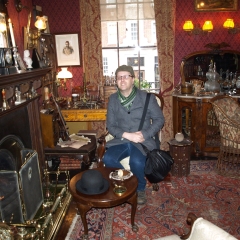 Right next to the Sherlock musem there is a Beatles store, this was equally if not more dissapointing, apart from a lot of t-shirts the shop is filled with tacky plastic garbage, nothing useful in there at all, there was not a thing in there I would have in my home, and I’m not exactly famous for my tasteful decorating style. 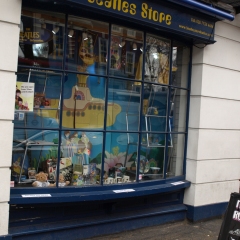 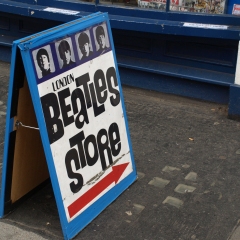 Luckily none of these things were what I had come to see, so I went on my merry way to Kings Cross to see platform nine and three quarters. As I reached Kings Cross my legs were starting to hurt, but I got there and got a few pictures. It turns out that there is also a Harry Potter shop attatched to the platform, so I went in and bought Hermoine Grangers wand, they did not have Luna Lovegoods wand, but I hope I can get that tomorrow at the Harry Potter studio tour. 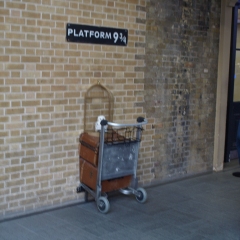 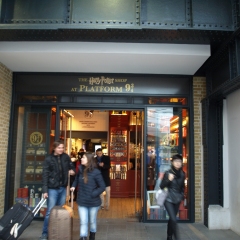 My legs had by now started to seriously hurt, so I decided to just go back to the hotel to get my legs up and relax, the walk back took a while longer as I took a lot of breaks, but after 2½ hours of walking I was back at the hotel, on the way I had bought som deep heat rub lotion that I got applied to my legs, I then jumped in a pair of sweatpants and got under the duvet and turned on the TV, and apart from going out to get some food around nine that was how I spent the rest of the day, so now I have also experienced british television.

While this may sound like a rather whiny journal entry I have actually had a good and cosy day. My legs probably just needed some rest after walking so much the last few days, so now I just hope they feel better tomorrow.