After a healthy breakfast of water, orange juice and nothing else (I have some trouble working up an appetite when it’s hot) I went out to explore Amman. I knew that the old Roman Theatre was quite close by the hotel, so I decided to start out by going to see that, I had decided before arriving to Jordan that my first day should just be a day of not doing much, so this seemed doable.

After walking about 10 minutes I arrived at the Roman Theatre, and paid my 2 dinar entry fee.
The place is fine, it is what you expect it to be. It also has two small museums attatched that are not all that impressive, but you do get a lot of value for the entry fee, so if you are in Amman it is absolutely worth a visit. I spent about 1½ hours here. 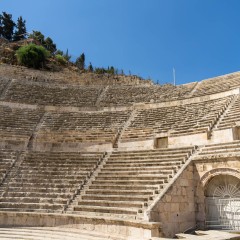 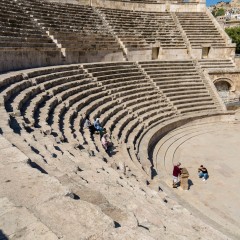 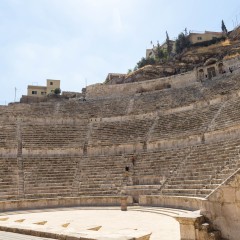 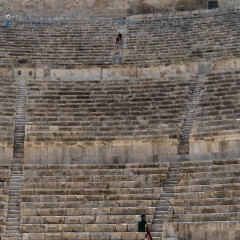 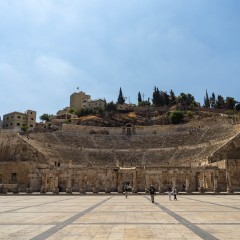 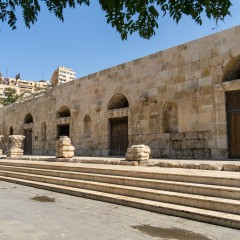 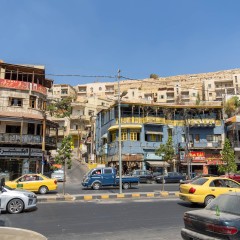 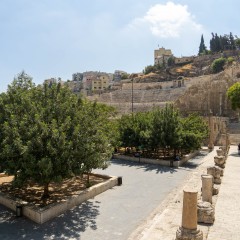 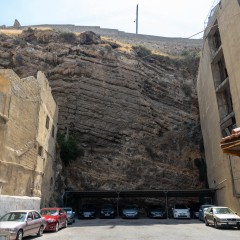 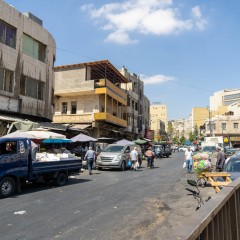 The Mosque of the Martyr King Abdullah bin Al-Hussein

After spending some time at the Roman Theatre I decided to go to “Uptown” Amman, an area also known as The Boulevard, just to check out how that looked. It was only about 5-6 kilometers, so I decided to walk as I had all the time in the world. The walk was great, I saw a lot of Amman that I would not have seen if I had taken a cab, but it was rather hot, so I probably stopped 3 times to buy more water. about a kilometer from my goal I passed by a large mosque, so I decided to go see it inside. This mosque had a visitor center, and you got a great little pamphlet about the muslim faith with the entry fee. If you are not properly dressed for visiting a mosque they will also hand out robes so you can cover up when visiting (as a general rule of thumb it is concidered impolite to show your knees and shoulders in Jordan, but not illegal). If you do go visit, please be respectful, you should feel free to take pictures, but please respect that this is a sacred place to the people that come here. 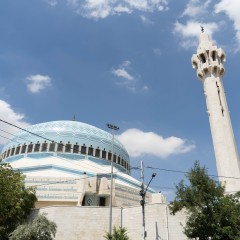 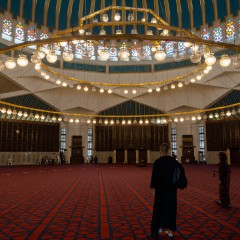 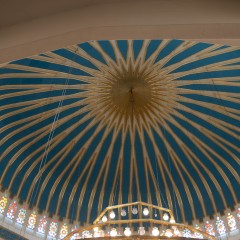 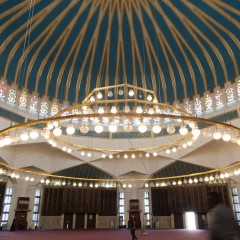 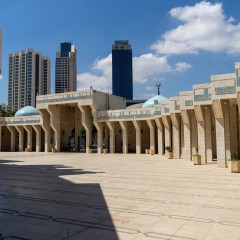 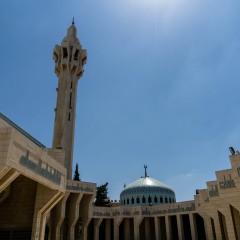 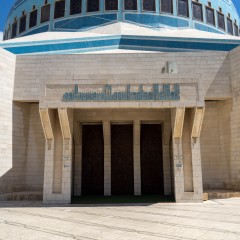 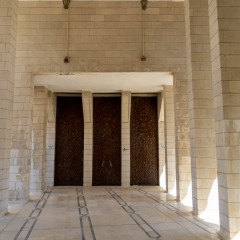 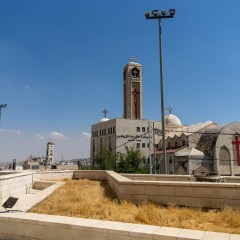 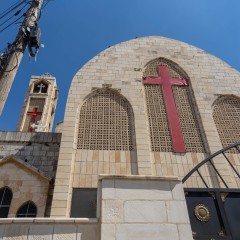 And as you can see there was a huge church just on the other side of the road. Even though Jordan is a muslim country there are quite a few churches around as you will also see in the post from day three.

After visiting the mosque I continued my walk and got to my destination. The Boulevard was kinda what I expected, but not what I had hoped, it is mostly just like shopping in any big city, a lot of modern architecture that might as well be in London, New York or Dubai. The food is a bit more middle eastern, but apart from that it was many of the same shops you find in any major city, it also had a gigantic mall. The prices also seem to be about the same as in Europe. I did buy a pair of swimming trunks as I had not packed any to go to the dead sea as that was not part of my original travel plan.
But all in all The Boulevard is not something I would recommend you put on your itinerary unless you want to go shopping for stuff you can also get everywhere else. 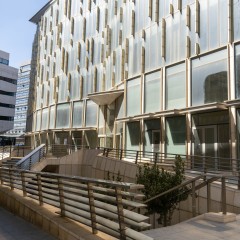 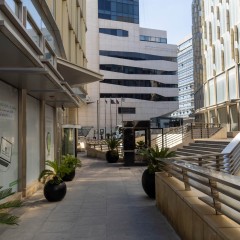 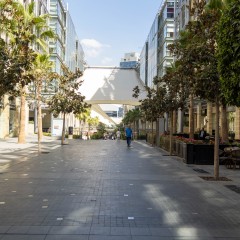 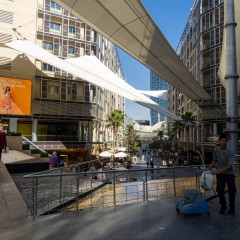 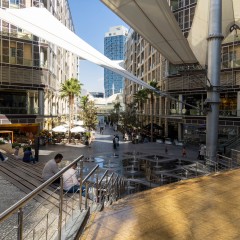 For those that may have missed it I was recently i

#wadirum was awesome. I had a great stay at @wadir

So I did a #hyperlapse #video of a walk through #s